Betrayed by one of her own, Gwen Taylor has no choice but to go into hiding. Or, at the very least, to make it seem like she is.

Cutting off all ties to the people she has come to depend on, Gwen isolates herself in an effort to protect them. But, what happens when they start believing that this is for real? When even Colt, the man who she was falling for, thinks the worst of her?

Desperate to shield everyone from her past, Gwen prepares for the final battle, the one that she’s been running away from all her life. For the ultimate confrontation with Robert.

But, even as she sets her mind on facing him, can she salvage the damage she’s done to her new family? To Colt? Or will she sink into the void, becoming empty and hollow, turning into what she fears the most: her father.

** Taken from her Goodreads profile **

First and foremost, I am a reader. I’ve been in love with reading since I was a child. Ever since I read Pride and Prejudice for the first time, when I was probably too young to even understand what it was really about. For me the true beauty of a book comes from re-discovering it. I absolutely love re-reading books and seeing if I am the same person I was when I first read them, and if I can discover some hidden secret that was previously concealed from me. My love of writing stems from this love of reading, and I would truly be nowhere without it. Every day I meet new people and rediscover old ones, I learn about cultures and societies I never knew about. And to be able to create my own ones, to write the world as I imagine it is what drives me. To have no restrictions but my imagination. In particular, I love writing about complex and strong women.

If you have any questions or feedback, or just want to say hello, please email clairescottauthor@gmail.com

In this final installment, Gwen is ready to fight back and finally get the life she wanted to live, to settle and no more looking over her shoulder. I have to admit that I was a little wary because I wanted to see the heroine face it and she did.

It was time for Gwen to decide if her past would define her or she was owing it and not letting go. In spite of some lack of transitions in the story when I felt like some parts needed to be more developed between Colt and Gwen, I enjoyed it.

Nonetheless, the author managed to bring out an atmosphere of suspense and tension when Gwen’s ties with her new family (Colt and his friends) were stronger than ever, and she could count on them anytime. The relationship between Colt and Gwen’s also intensified. Patient, honest and loving. Reading to fight her battles, even if she was capable of doing it herself.

As much as I appreciated to see Gwen not pushing people away and standing on her own, I would like to read during this last book Colt’s POV because it would have strengthened the story a lot. Maybe a dual POV. He was such a mystery and seeing him from Gwen’s POV emphasized it.

I could feel the vice tightening as Gwen’s past was revealed. A few twists and turns in this story, putting some great suspense and also driving me crazy. She learned that appearances could be deceiving and the author managed to maintain this tensed atmosphere throughout the story.

I really enjoyed the end with a real closure for Gwen and also an interesting story to come. 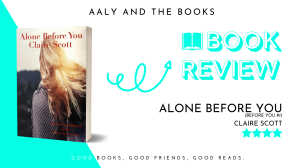 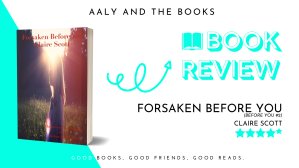