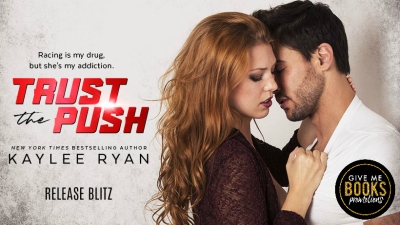 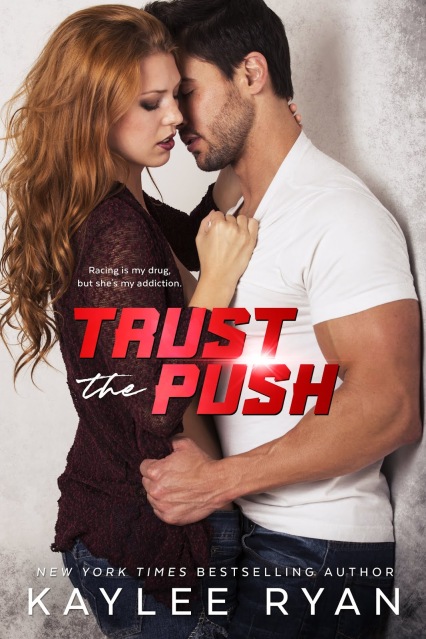 Title: Trust the Push
Author: Kaylee Ryan
Genre: New Adult Romance
Release Date: March 19, 2019
Blurb
I’m making strides in the world of dirt late model racing. With back to back championships under my belt, I’m determined to win a third and be the youngest driver in history to do so.  I’m going to make it happen my career is my focus.  That is until the ultimate distraction in the form of a redheaded bombshell drops into my life.
I know nothing about racing, but when my boss comes to me with a special assignment, I take it.  Now, here I am traveling from city to city engrossed in this new world.  I never would have dreamed that this project would lead me to new friendships and ultimately finding love.
We made a deal, our time together would expire, and we would part ways. The only problem with that is I’m not so sure that’s what I want anymore. She’s pushing at my walls, and I’m trusting her, letting
them fall.
It’s a shame we put an end date on our time together. I knew I would fall for him, but I never dreamed that those feelings would run this deep. The plan was to walk away, that’s what we agreed to, it’s just going to be harder than I thought.  I need a new plan one that helps me move on without him.
ADD TO GOODREADS 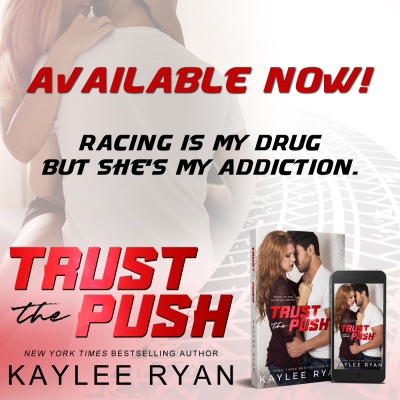 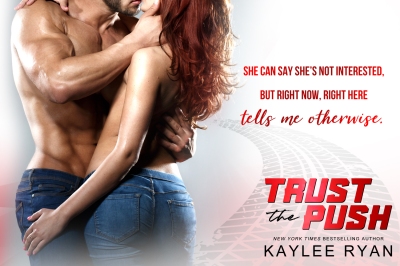 Author Bio
Kaylee Ryan is a New York Times and USA Today Bestselling author. When she’s not spinning tales of happily ever after, she’s reading or spending time with family.  Born and raised an Ohio girl, Kaylee resides in Cincinnati with her husband and their son.
Author Links 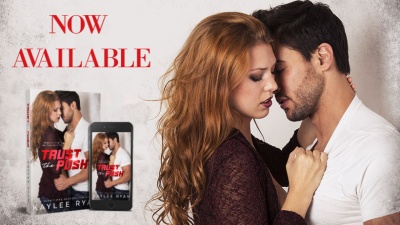 Trust The Push definitely got me interested until the end. Catching feelings to that fast speed through the rhythm of Blaine’s races, I couldn’t wait to see how Blaine’s so predictable road became so much more, when the goal was to win the championship turned into finding love along the way.

Blaine and Aubree didn’t start on the right foot. When they were in the same room, all the vibes emanating were utterly heavy, like electricity charged with sexual tension that everyone could feel.

Blaine was the best of jerk firsthand, not knowing what to do about this instant pull and intense attraction. Tall, dark and broody, putting his defenses on high level, rejecting her and being really cold and unfriendly. Avoiding his real feelings. There was no place for anything, and used to that life on the road and seeing how hard it could be for his friends and family to maintain a relationship, it wasn’t his plan to be involved.

A bit immature but it was so fun to watch being riled him and not in control for once, to see him falling in love.

Aubree was also a hard worker, learning to take of herself on her own, not letting people in. She focused on her work not letting so much place for anything else. When she met Blaine, all of her defenses were starting to fall down, brick by brick and even his confusing hot and cold behavior couldn’t change how he made her feel, once sweet and hot and the other taking that usage u-turn that would give to any girl whiplash. It took me some time to get along with her personality. She was described first like a fragile thing and it was so the opposite. She was brave and fierce and I wanted to see her more putting Blaine in his place, just to give him a run for his money when he was acting like a jerk.

I appreciated seeing their relationship growing even if they had some issues to really let the other win or to protect their hearts, when they knew that it could leave for heartbreak. Being part of this journey of winning this championship would be heart but winning each others’ hearts was something more difficult and risky. All Blaine and Aubrey needed was to trust the push and when they did, they would win the races in the world, especially the race for love!