Sebastian
“Race me for it.”
Four simple words. Five desolate years.
Sebastian Kelly believes he isn’t worthy of redemption, of a chance to right his wrongs. But an unexpected trip home, the place he dreads most, calls in question everything he’s come to believe. And who knows, he may find exactly what he’s been waiting for.
Autumn
One broken promise. Two pink lines.
Autumn Norris knew in an instant her life would never be the same. Years have flown by in a flurry of sparkles and dress up, and Autumn has refused to let the anchor of regret pull her under.
Until she lays eyes on Sebastian, and the wave of why, where, and how could you flood her every thought.
Old hurt and new betrayal twist first love into a reluctant partnership, and theirs may be a bond even pigtails and butterfly kisses can’t mend. But the past five years have felt like a lifetime, and Seb is willing to wait as long as it takes.
Because the truth is, he’s always been waiting for Autumn.

“This author again floors me. She brings together a Story about love, loss, and a forever that nobody can touch.” – Books and Bandanas

“My Lord, this book was the most uplifting thing I’ve ever read.” – Little Red Reading Hood

“…J.A. DeRouen’s exquisitely beautiful writing to all of that and you have the makings of this 5-Star read…” – Bewitched Reader 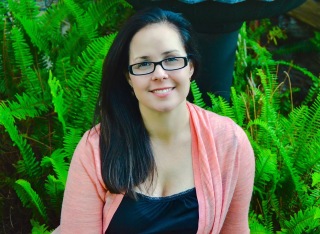 J.A. Derouen lives in South Louisiana with her husband, son (aptly nicknamed “The Professor”), and her furry friend, Scout. She has a bachelor’s degrees in psychology and nursing. When she’s not writing or inhaling romance novels by the stack, she works as a women’s health nurse. She’s been an avid reader and daydreamer since childhood, and she’s never stopped turning the page to get to the next happily ever after. 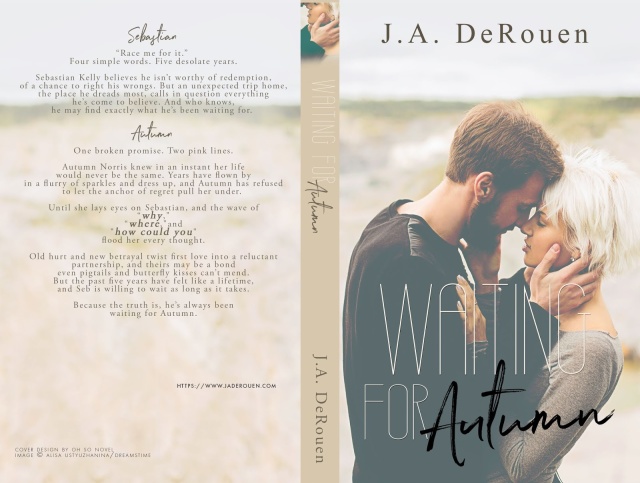 It was my first from J.A. Derouen and I really liked her writing style that hooked me from the beginning. A story about sweetheart lovers who were torn after a tragedy. With a plot like this, I was expecting something emotionally charged and tons of angst. I got that and I was pleasantly surprised about how the author handled things.

Autumn and Sebastian were sweetheart lovers, an intense connection filled with so many promising things for the future. It took one tragedy to turn their world upside down, to destroy everything. A few years later and tons of resentment later, Sebastian came back home. A trip back to memory lane, the place the had to left everything behind, his heart included.

It was charged emotionally and instead of letting the characters grew bitter, it turned into something more mature, and I appreciated reading about how they evolved as individuals and also as a couple.

Alternating between memories of the past, we totally got the extent and depth of their feelings.

This story was told with such honesty, when the characters were trying to finally find their place together, to find their way back to each other.

In spite of all the tension, there were sweetness, tenderness and tons of moments where I felt like my heart would burst, overwhelmed by this whirlwind romance.

After all they have been through, I wished I had an extended epilogue. It was like a new beginning but I wanted so much more, not especially closure but an ending more developed.

However, it was beautifully written, sweet with endearing characters.