My selection on my TBR for this month!

** Some dates may be subject to change ** 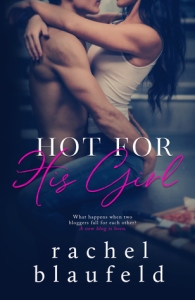 Andonia “Andi” Schwartz is the kind of gal you love to hate. Snarky, skinny, and jaded, Andi’s goodness lies hidden beneath her sharp edges. But it’s there . . . this independent single mom has it going on.

Reid Fellows is a lovable dude. Bespectacled tenure-track statistics professor by day, shirtless blogger by night, he’s a catch on paper and easy on the eyes.

Andi wields her power and unruly commentary from behind her laptop as the anonymous proprietor of The UnAffectionate Blogger. Reid’s blog, Grill and Groom, began on a dare. Now, he regularly shows his abs of steel while grilling.

He may love this gig more than his day job. She needs her page views and advertisers to support her daughter. Until the two meet and spin a web online and IRL . . . in real life.

What happens when two bloggers fall for each other?

A new blog is born. 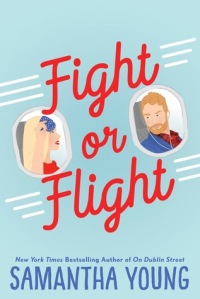 A series of chance encounters leads to a sizzling new romance from the New York Times bestselling author of the On Dublin Street series.

The universe is conspiring against Ava Breevort. As if flying back to Phoenix to bury a childhood friend wasn’t hell enough, a cloud of volcanic ash traveling from overseas delayed her flight back home to Boston. Her last ditch attempt to salvage the trip was thwarted by an arrogant Scotsman, Caleb Scott, who steals a first class seat out from under her. Then over the course of their journey home, their antagonism somehow lands them in bed for the steamiest layover Ava’s ever had. And that’s all it was–until Caleb shows up on her doorstep.

When pure chance pulls Ava back into Caleb’s orbit, he proposes they enjoy their physical connection while he’s stranded in Boston. Ava agrees, knowing her heart’s in no danger since a) she barely likes Caleb and b) his existence in her life is temporary. Not long thereafter Ava realizes she’s made a terrible error because as it turns out Caleb Scott isn’t quite so unlikeable after all. When his stay in Boston becomes permanent, Ava must decide whether to fight her feelings for him or give into them. But even if she does decide to risk her heart on Caleb, there is no guarantee her stubborn Scot will want to risk his heart on her….

The beginning of any love story starts with the meet.

The greatest of love stories is that between a dad and his daughter. I should know. I’ve had a front row seat. First steps, first words, all the big moments.

Garrett was just a teenager when Mia was born. I’ve watched him braid his daughter’s hair, hold her hand crossing the street, seen her asleep on his chest. I’m the best friend, the one they can count on for everything from dance lessons to motherly advice, anything they need. I’m their go-to girl.

The best part of any love story is the happily ever after.

But what if the happily ever after doesn’t include you?

All my life, that’s how long I’ve loved him.

Get ready for a steamy honeymoon, and a heart-stopping welcome home for Cole and Lori!

The unexpected is about to happen and while Lori has faced the demons of her past, she and Cole will face those of his past now.

This is the follow-up to DIRTY RICH CINDERELLA STORY: the second book in the Dirty Rich series.

The One didn’t exist.

Then I met Meadow.

The band’s honorary little sister was off-limits. Too late for that. She says we’re “nothing serious,” but she’s gotten under my skin and I can’t stop thinking about her. And when I touch her, I know we’re meant to be.

Not even with Ridge.

My big plans never included falling for a rock star. Too soon for that. He wants to make us a “thing,” and I can’t deny our chemistry is combustible. His persistence is wearing me down, making his proposition hard to resist.

If true love only exists in fairy tales, why am I beginning to believe that Ridge just might be my happily ever after? 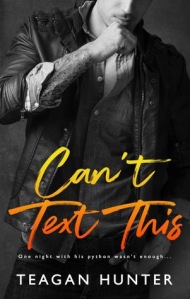 That’s how I ended up in the bathroom of some dive bar with a stranger.

Me, Monty Andrews, the quintessential virgin girl next door.

I was so out of my element, but there was no denying our explosive attraction, even via text.

Commence Operation Bang Each Other Out of Our Systems, because that was all it was—unfinished business.

I had no intention of falling back into the sheets with the tattooed, muscly, dirty-in-the-best-kind-of-way single dad over and over again…but I did.

Everything was going great—until we discovered I was his son’s teacher.

This book does feature characters from Let’s Get Textual & I Wanna Text You Up but can be read as a standalone, as the book does not follow the same timeline.

He plays the bass with expert fingers. He plays women with intoxicating charm. And he’ll play me with the ease of a virtuoso.

Who better to teach me to play than the master himself?

I’m his model student, front row, pencil sharp. Pick up lines? I’ve got them. Free drinks? By the dozen. Kissing? Let me grab my chapstick.

But the most valuable lesson I’ve learned is that there’s so much I don’t know. Like why his touch sets off a chain reaction straight to my nethers. Or how I’m certain each kiss is the best I’ll ever have, until the moment his lips take mine again.

There’s so much I don’t know.

But we are what we are. He’s a player, through and through.

And I’m the fool who fell in love with him.

Everyone calls me Lucky, but when it comes to love, I’m anything but.

I have a long history of dating the wrong men.

You know the ones I’m talking about.

The beautiful, charming guys who are quite literally too good to be true.

The ones who are impulsive in love and prefer short flings over long-term relationships.

I’m talking about the jerks.

The guys who taste so good, but are so very bad.

After going through the most ridiculous breakup in the history of breakups, I thought I’d learned my lesson. I officially put myself into jerk rehab and committed to changing my ways.

But, let’s be real here, love is never that easy.

Especially when an arrogant, charming, he-devil of a sexy alpha man gets involved.

And the kind of sexy smile that brings women to their knees.

Oh, did I mention that he’s also my best friend’s brother?

Yeah. This story, my story, it’s a real doozy you guys.

The day I stopped falling for jerks, I met Oliver Arsen—the biggest jerk of all.

*A standalone romantic comedy with a lot of heart*

Brooklyn Manning thought her life was perfect in every way, until it crumbled down around her and turned into a dumpster fire. With her pride wounded and her tail tucked between her legs, she leaves New York and goes back to her tiny hometown of White Timber, Montana.

No more twenty-four-hour taco trucks, no more shopping at the best designer stores within walking distance, no more giving taxi drivers the finger when they angrily honk at her. She didn’t think it could get any worse. But then Clint Hastings walked into the room and insulted her.

Only this time, getting under each other’s skin is a hell of a lot more fun than it used to be.

The only thing about me that’s a size zero is the filter on my mouth. I’ve got a big personality, a big rack, and a big number on the scale. And I’m perfectly fine with that.

But when some random guy suggests I might not be eating alone if I’d ordered a salad instead of a hamburger I’m shocked silent, which is a feat, trust me.

That brings us to one sexy fireman named Frankie Hartigan. He’s hot. He’s funny… And he’s just apologized for being late for our “date” then glared at the fat-shaming jerk. Next thing I know, he’s sitting down and ordering himself dinner.

I have no problem telling him I don’t need a pity date… unless of course it’s to my high school reunion next week. Oops where did that last bit come from? And what do I do now that he’s said yes?!

Because this is no make-over story, and I think Frankie is using me for something. I just have to figure out what…

Elle Ward, daughter of Hollywood’s hottest director, has sworn off actors for life.

She knows their games and she refuses to play them.

That is until the day she collides with one of LA’s most promising actors.

Kas Cowen isn’t looking for love until it literally runs him down.

One look at Elle and he’s hooked.

He crashes into her life and flips it upside down.

Now he has to convince Elle he’s more than just a pretty face.

Little did they know they were up for one wild ride . . .

Book two in the Wicked Society series will be Sam and Tate’s story!

My name is Oliver Arsen, but my mates call me Ollie.

I live hard and love harder, and it’s love that usually gets me in the most trouble.

According to the greater population, I’m the ultimate jerk.

My affection tends to be short-lived—a quality I’ve been assured multiple times by the fairer sex isn’t becoming—and the leaving part of loving and leaving has always come natural.

At least, it used to.

She’s an American bombshell and my sister’s best friend—a woman so wrong for me, it’s written in the waves.

And she’s the reason we’re all here.

The reason I have to go back to explain how it all went wrong.

To the day the jerk started falling. 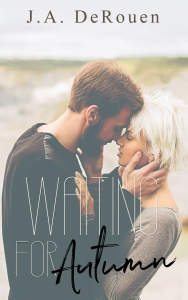 Sebastian Kelly believes he isn’t worthy of redemption, of a chance to right his wrongs. But an unexpected trip home, the place he dreads most, calls in question everything he’s come to believe. And who knows, he may find exactly what he’s been waiting for.

Autumn Norris knew in an instant her life would never be the same. Years have flown by in a flurry of sparkles and dress up, and Autumn has refused to let the anchor of regret pull her under.

Until she lays eyes on Sebastian, and the wave of “why,” “where,” and “how could you” flood her every thought.

Old hurt and new betrayal twist first love into a reluctant partnership, and theirs may be a bond even pigtails and butterfly kisses can’t mend. But the past five years have felt like a lifetime, and Seb is willing to wait as long as it takes.

Because the truth is, he’s always been waiting for Autumn.