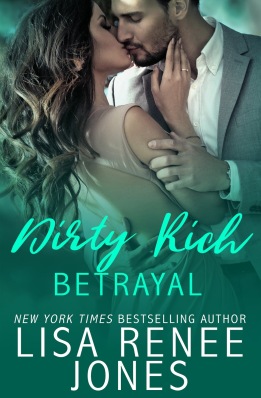 A DEVASTATINGLY SEXY AND EMOTIONAL SECOND-CHANCE STANDALONE ROMANCE.
Grayson Bennett.
He’s a billionaire, a lawyer, the king of the world to some. A professed lifelong bachelor. A man who took his father’s business and fortune and turned marginal success into an empire. Now someone is threatening that empire and he’s going to burn them to the ground. But he’ll need the help of one person. He’ll need her.
That woman is Mia Cavanaugh, criminal attorney, ex-lover, a woman who believes he betrayed her, a woman who could burn him to the ground, but she won’t. Because she loves him. Because he loves her, and it’s time that she sees the truth of the past.
Now, he’s handing her the key to his future. He’s giving her the chance to burn him to the ground. He’s letting her see the real man beneath the surface that not even she’s seen in the past. She has to decide what to do with that man. Love him or destroy him.

He kisses me, a quick brush of lips over lips. “I need you naked. I need to feel you next to me.” He rolls me to my back and with that “for now” in the air, he moves and resettles with his lips to my stomach and this is not an accidental connection. My heart squeezes with the certainty that he’s reminding me of how many times he told me he wanted a little girl just like me. It affects me. We had so many plans. We were best friends. We were so many things that happened so very quickly and easily, and then it was gone.
He pulls down my pants, and all too quickly my sneakers and everything else are gone. I’m naked and not just my body. I am so very naked with this man and always have been. But as for my body, I’m not alone for long. He strips away his clothes, and I lift to my elbows to admire all that sinewy, perfect muscle before he reaches down, grabs my legs and pulls me to him. The minute my backside is on the edge of the bed, he goes down on a knee. I sit up and cup his face. “Not now. Now I need—I need—”
He cups my head and pulls my mouth to his, kissing me with a long stroke of his tongue before he says, “And I need to taste you.”
“Not now. I’m not leaving. We have time. I need—you. Here with me.”
His eyes soften but he still leans in and licks my clit, and then suckles. I’m all but undone by the sensation because one thing I know and know well is how good this man is with his tongue. But he doesn’t ignore my request. He pushes off the floor, and in a heartbeat, he’s kissing me and I don’t even know how we end up in the center of the bed, our naked bodies entwined. We just are and it’s wonderful and right in ways nothing has been in so very long.
He lifts my leg to his thigh and presses his thick erection inside me, filling me in ways that go beyond our bodies; driving deep, his hand on my backside, pulling me into him, pushing into me, but then we don’t move. Then we just lay there, intimately connected, lost in the moment and each other. “Is this what you wanted?”
“Yes,” I say. “This is what I wanted.”
“I didn’t think I’d ever have you here, like this, with me again.”
“Me either,” I whisper, my fingers curling on his jaw. “Grayson,” I say for no reason other than I need his name on my lips. I need everything with this man.
He kisses me, a fast, deep, passionate kiss. “I missed the hell out of you, Mia. So fucking much. I don’t think you really understand how much.”
This moment, right here, right now, is one of our raw, honest, perfect moments that has always made his betrayal hard to accept. I need that honesty in my life and with him and I don’t even think about denying him my truth. “I missed you, too. More than you know, Grayson.”
He squeezes my backside and drives into me again. I pant with the sensations that rip through my body, my hand going to his shoulder. “Nothing was right without you,” he says. “Nothing, Mia.” He kisses me, and I sink into the connection, pressing into him, into his thrust, into the hard warmth of his entire body. Needing to be close. Needing the things that separated us not to exist.

DIRTY. RICH. AND UNDENIABLY SEXY. Each book in the Dirty Rich series features a couple that’s ready to fight dirty for their love.
There are currently three books available now, and FOUR upcoming books available for pre-order!
LEARN MORE AND ORDER HERE → http://dirtyrich.lisareneejones.com
***
And don’t miss ERIC’S STORY which will be the FILTHY DUET! The Bastard (book one) is out on November 14th, and book two, The Princess will be out on January 23rd!
LEARN MORE AND ORDER HERE → https://filthyduet.lisareneejones.com

New York Times and USA Today bestselling author Lisa Renee Jones is the author of the highly acclaimed INSIDE OUT series.
In addition to the success of Lisa’s INSIDE OUT series, she has published many successful titles. The TALL, DARK AND DEADLY series and THE SECRET LIFE OF AMY BENSEN series, both spent several months on a combination of the New York Times and USA Today bestselling lists. Lisa is also the author of the bestselling WHITE LIES and LILAH LOVE series.
Prior to publishing Lisa owned multi-state staffing agency that was recognized many times by The Austin Business Journal and also praised by the Dallas Women’s Magazine. In 1998 Lisa was listed as the #7 growing women owned business in Entrepreneur Magazine.

Welcome to the world of money, in a battle of power when some rich men would win at any costs, ruthless and manipulative.

In a middle of this war, stood Mia and Grayson.

People from different worlds but a common goal of justice and equity.

And when they met, it was already powerful and intense.

I got Mia’s point to be acknowledged for her abilities and professionalism and not seen as the woman who climbed her way to success thanks to her boss.

Independent, strong and brilliant, she was lethal at work. Just fighting against her feelings for a man she barely knew.

Grayson is the epitome of the alpha guy, very intense, determined to have his ways and to get what he wanted. It was really sexy but overwhelming at times. Don’t get me wrong I do like a man who would fight for his love but he was a way bit too intense sometimes.

I believed in Mia and Grayson’s connection. The kind of passionate and powerful one, that definitely melt my heart. The chemistry was definitely there. The possessiveness and protectiveness in their relationship was pretty hot for sure, and I appreciated that they didn’t beat around the bush.

They have been torn apart by this game of money and power, when people would do anything to break them but they were meant to be and it was time to face it as a team, as they should have been.

Some parts were a bit repetitive and the ending was a bit rush to me, but I had a great time reading this fourth installment filled with sexy bits, suspenseful and thrilling.