Rock star Ramon Martinez can have any woman he wants, and he frequently does because he can’t have her.
Karen Grayson
Surfer girl.
My band mate’s wife
The one woman I can’t have.
The one woman who could have my heart though I can never let her know.

Completely forbidden.
I wanted him back at the beginning, but he didn’t want me.
So I made the safe choice.

We were once friends.
Now we’re not even that.
But we’re both back in Ocean Beach and that dangerous attraction remains.

99c for release week only

Free in Kindle Unlimited
*Don’t miss the link inside Riptide to win a Southwest Airlines gift card. At the end of Riptide there is also an exclusive preview of a rock star novel at such a high heat level, that Michelle considered using a pseudonym.

OTHER BOOKS IN THE SERIES

Free for a limited time!

*** ARC kindly provided by the author for an honest review. ***

Oh my … each time I read one of Michelle Mankin’s stories I know that I’m going to be overwhelmed, reading about tortured characters.

Karen, Dominic and Ramon. Well, not your usual love triangle. Two best friends in love with the same woman. One woman in love with two men.

Two get married, leaving the other behind and living larger than life, through the excesses of a rockstar, the fame, drugs, but what is enough?

From the first moment they met, Karen was immediately drawn to Ramon, the bad boy, womanizer. Dominic was the right guy, always caring for her, putting her first, the solar opposite of Ramon. What they haven’t expected is that their lives would be entwined forever.

Karen, the sweet and determined girl torn between two men. Following the choice of reason, the safer one. The one that would make her happy. At least in the beginning, when she met Dominic, she was his queen, the one he only had eyes for, in spite of the fame, women and wildness. Putting her first, caring about her. One tragic event, and the man she once knew became distant and drawn into the darkness. From a partner to a lover, her marriage shattered into pieces. Her lifesaver was Ramon, the other man in her life, her best friend. Until Dominic’s death.

Ramon, just his name meant trouble. Dangerous and sinfully sexy, with a guarded heart. Living his life fully as a rockstar, drugs, women, everything not to fall into the temptation: Karen, his best friend’s wife. Despite all his efforts, his mind and heart always running back to her. Irrevocably and unconditionally. After reaching rock bottom and losing his best friend, coming back to his hometown was the start of something new. But how finding back himself when he couldn’t save her? Throughout the years, he slowly witnessed Karen’s descent into darkness but willing to help her to find her way back. To life. To him. 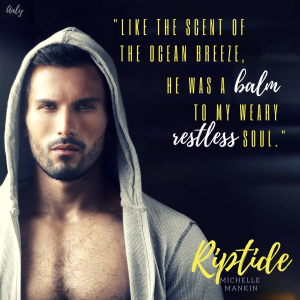 The trio was a very troubling one. Even if they didn’t explore that connection and intense pull when she was married, the steam and powerful attraction was sizzling. The back and forth between these two was so palpable. Frustrating but so addictive. Michelle Mankin seems to like writing about complicated and forbidden romance, the one that can break and crush you until the moment that all you want to do is believe in second chances, utterly captivated by the main characters. It was so overwhelming, whirlwinding, intoxicating.

Ramon and Karen’s journey was incredible and so beautifully written. Raw, rough and so poignant. I was mind-blown. Every heartbreak, battle was so worth it. This is the kind of story I love to read, the one that challenges you until the end. Right up my alley!