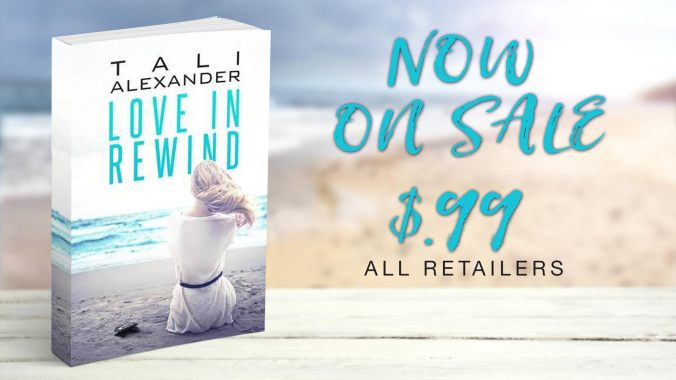 Have you read Love in Rewind by Tali Alexander yet?

Get your copy here:

Emily has the life every woman dreams of.

At 29, she has two beautiful kids, a live-in nanny, housekeeper, cook, and every imaginable luxury in the posh Upper East Side townhouse she shares with her drop-dead gorgeous husband, Louis Bruel. His company, Bruel Industries, owns a big chunk of New York City’s most sought-after real estate, and together Emily and Louis embody the perfect hot fairy tale couple for ten happy years of marriage.

But when Louis mysteriously starts pushing Emily away, becoming distant and secretive, she is forced to search for the truth among the lies, scandal and heartbreak of his past that threaten to shatter her world. What she finds out will test the strength of her love and her vows to the man of her dreams.

Can Emily and Louis rewind far enough back to a time when life was simpler and love was all they needed? Follow their story with the help of some of their favorite songs from the 80’s to discover just how deep and how far love will go. 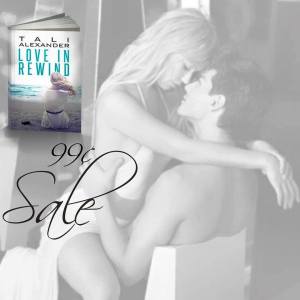 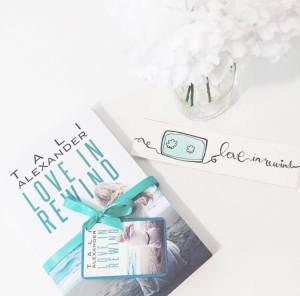 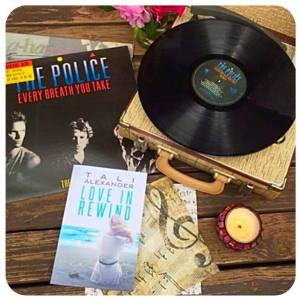 ARE YOU READY TO MEET JEFFREY ROSSI?

Jeffery Rossi wants to be a man of logic but finds himself basing his life’s decisions on a prophecy delivered at the hands of an old gypsy fortuneteller. The death of his beloved wife coupled with the loss of what he thought would be his promised future, have spun him onto a path of self-destruction with only one woman holding the key to his redemption.

Tali Alexander is a Jill-of-all-trades—married mother of three, doctor of pharmacy by day and romance novelist by night. Tali has fulfilled her passion of writing with her debut romance novel LOVE IN REWIND (first book in the Audio Fools trilogy). Since its debut, fans have embraced the unconventional love story of Emily and Louis Bruel making LOVE IN REWIND #1 on Amazon Kindle charts (September 2014). With an increasing demand from her fan base for the next installment, Tali has recently released the next story in the Audio Fools trilogy…LIES IN REWIND, out now!!!

Tali’s fans will finally get their third and final book in the series titled, LOST IN REWIND, which is set to release in Fall of 2016.