Viola Banks had music in her blood. As an aspiring song writer, she grew up wanting nothing more than to have her words sung for all the world to hear. But that changed when she fell in love and married a man whose ambitions became more important than her own.
And when it all fell disastrously apart, she realized she was left with nothing but shattered dreams and empty promises.
A fairy tale without the happy ending.
Trying to pick up the pieces, Viola decides to move to Los Angeles for a new beginning.
Her chance to find the voice she thought she had lost.
Wyatt Jenson’s life was settled. He had a job. A girlfriend. A future.
Moving back to L.A. to take over the family business was the last thing he wanted. But obligation called and he found himself putting down roots in the last place he ever thought he would be. He finds himself the new owner of String Beans, the local music hotspot and coffee shop.
It only takes one night, one song, one random encounter, and lives can change forever.
Viola has to learn to open a heart that’s been broken.
Because the only way to move on is to remember how to love.

“I’m so hungry,” Callie said.
“Then let’s go,” Dallas answered, locking his door.
We got to the street and had started walking toward Callie’s car when Dallas stopped walking.
“What’s wrong?” I asked.
“Just waiting for Wyatt.”
“Wyatt?”
“Yep,” I heard Wyatt say behind me.
“Um, guys, my car only holds four,” Callie said.
“Well.” Jolie grinned and I knew she was up to something. “Callie, why don’t I ride with you and Dallas so I can get the real story on my girl here. And Vi, why don’t you take Wyatt in your car? All set?”
“Sounds good.” Callie smiled.
“Works for me,” Dallas added. They started to walk away, leaving me alone with Wyatt.
“Where’s your car?” Wyatt asked while I looked at my friends with wide eyes.
Pure. Fucking. Evil.
I will get you all back—at least that’s what I tried to convey with my eyes, but all I heard was their laughter.
“This way,” I said, pointing in the opposite direction.
I climbed into the driver’s seat and waited for Wyatt to join me inside.
He started laughing and looked over at me. “They’re not subtle, are they?”
“Not even a little.” I smiled. “Sorry about them.”
“Listen, full disclosure, I’m very interested. But I know you have things you need to deal with, so no pressure.”
I opened my mouth to speak, but nothing came out. How could it? Wyatt winked sweetly and I shook my head, laughing at him.
“You’re something else, Mr. Earp.”

T.K. Rapp was born and raised in Texas. She would have stuck around there forever, but her husband was in the U.S. Navy, so they moved every 18 months. However, she didn’t mind, because she had the opportunity to live on both coasts and met amazing people along the way.

Now, finally settled back in Texas…for good, she is able to pursue her writing. When she’s not at her desk, she enjoys being with her family, shooting and editing photographs, visiting with friends or just watching movies. 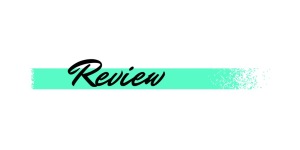 After her husband’s cheating, Viola put her life into perspective.

She quit everything for a fresh start, with only at first her good faith for a life changing plans. No string attached, no more flirty and charming men, just trying to find herself back, where during her failed marriage, she put her dreams on hold for someone who clearly didn’t deserve it.

I really liked how during this transition of her life, she tried to open to people despite her sarcastic and witty nature and insecure side. When a certain owner of coffee shop at String Beans, Wyatt, crossed path in her so planned plan to get her life back without no complications, everything went out through the window. Danger with a capital D.

Was Viola going to lose herself again? Wyatt was pushing all her buttons, and I had to say that the guy was pretty good at it.

I really appreciated how the author could create this incredible chemistry between the main characters but also with Viola’s new friends. It was really entertaining to a point but the constant back and forth between Viola and Wyatt was at the end really frustrating. I could understand how Viola stood when it comes to men but her stubbornness and totally denial about Wyatt was … Not great. Leading her to make some surprising choices.

It was a great story about finding yourself and growing up, with some good promising material story. While Viola’s behavior was giving whiplash, I enjoyed Wyatt’s character though. His bluntness, his selfless side was really appealing and sweet. He wasn’t perfect but with Viola the tornado and the walls built around her, he’s willing to take the challenge and I respect the guy for trying.

However, I felt like things were at times too rushed, especially at the end. I wish some parts were more expanded. Surprisingly I was more interested by her friends’ stories at times. I wanted just to Viola to wake up and to face the truth. This part came too late for me. And the end? No cliffy I promised but it was just too abrupt.

For all the reasons mentioned in my review, it was good but it could be so much better. 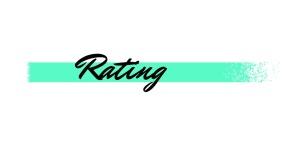