Are you ready to get Dirty?

Dirty is Book One in Kylie Scott’s Dive Bar Series is FINALLY here! 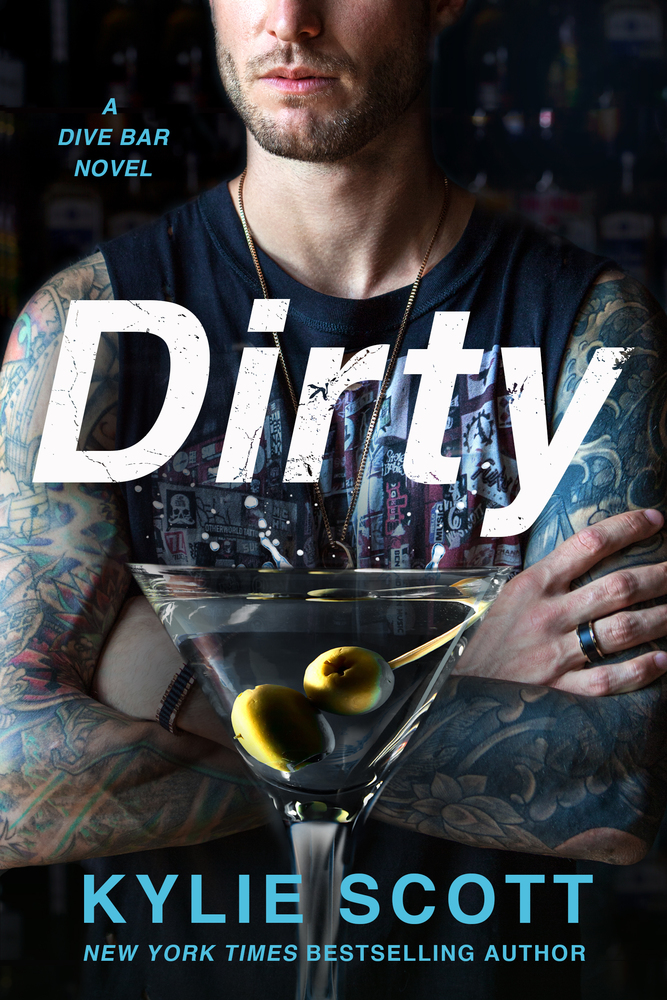 The last thing Vaughan Hewson expects to find when he returns to his childhood home is a broken hearted bride in his shower, let alone the drama and chaos that comes with her.

Lydia Green doesn’t know whether to burn down the church or sit and
cry in a corner. Discovering the love of your life is having an affair on your wedding day is bad enough. Finding out it’s with his best man is another thing all together. She narrowly escapes tying the knot and meets Vaughan only hours later.

Vaughan is the exact opposite of the picture perfect, respected businessman she thought she’d marry. This former musician-turned-bartender is rough around the edges and unsettled. But she already tried Mr. Right and discovered he’s all wrong-maybe it’s time to give Mr. Right Now a chance.

After all, what’s wrong with getting dirty?

Kylie is represented by Amy Tannenbaum at the Jane Rotrosen Agency, New York.

What I love the lost in Kylie Scott’s novels? (More than the sexy hot men) The memorable beginnings! And this one didn’t disappoint at all!

When you read about Vaughan and Lydia’s first encounter, you knew that their story is gonna be crazy and over the top.

Two lost people running away found their way back in this small town, Coeur d’Alene. A former rockstar turning bartender and the feisty estate agent rocked the bar. I really love this insane, fun and entertaining mood, with a hint of emotion and sweetness.

Lydia, the runaway bride, feisty bombshell with a sharp tongue, wanting to find an HEA, and finding herself hurt in the way.

What she build for a stable relationship for the long haul, was destroyed in one second, humiliated and feeling played by her husband to be. Pretty closed off but very protective for the ones she loved, she could be determined and very clever when it came to business.

But when she met the sexy red haired-tattooed former rock star, Vaughan, it was the beginning of some new troubles and this time, flirting with danger seemed too tempting not to.

When I met Vaughan in Deep (book 4 of the Stage Dive series), I had such a crush, and now I had the chance to read his story … I’m melting.  Playful side, cocky and outrageously sexy for his own good, I loved to scratch the surface, what was well hidden.

His honesty, alpha side turning caveman was definitely something. A great guy who reminded sometimes about his priorities, to be pushed and challenged. That was he found in Lydia’s.

A feisty hot tornado who turned his world upside down.

Their relationship? A very intense and strange connection. Like they clicked by one look and addicted to each other by their incredible encounter. Friends flirting and teasing a lot, blurring the lines, with a certain agreement. Just sex, no string attached. Both wanted to finish their business and move on. But once you start playing with the fire, how long did it take before getting hurt? How far are they willing to go?

A fun banter with a lot of hot moments, melting perfectly with the hardest, painful ones. Vaughan and Lydia were so much alike by their issues but I had to say that our girl here could stand for herself and keeping Vaughan on his toes. Explosive. Intense. Sensual!

Kylie Scott made a freaking huge point here : this series is very promising and what I read about the crew of the Dive bar, I really can’t wait! Bring the heat, the sexy and the steamy because this one was amazeballs!

I laughed so much with Vaughan, Lydia and the Dive Bar crew! Sexy and fun romance, right up my alley!