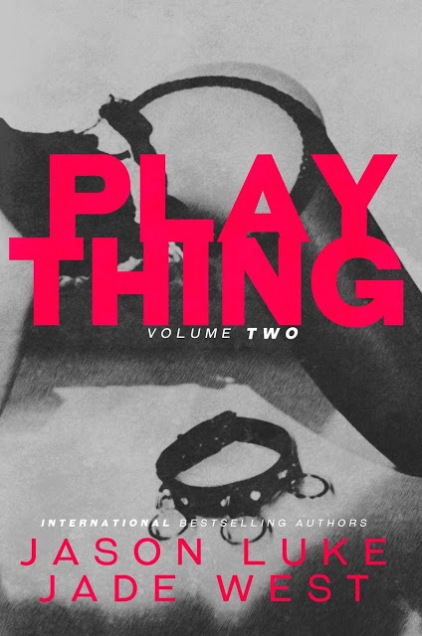 Part two in the Plaything series.The clock is ticking. I’m holed up in Hell, destined for sale as a rich man’s plaything. They’ve beaten me, they’ve bullied me, but they haven’t broken me. Not yet.
There’s only one man standing between me and a life of misery. The man they’ve instructed to train me… to make me willing… to make me a good product…
Robert.
He’s trying to teach me the art of submission, and I’m trying to learn. I tell him I’ve got this, I can do it, I can be the woman I need to be to get through this horrible mess alive.
What I haven’t told him, is that it’s becoming a whole lot less about the lessons, and a whole lot more about the man.
But it can’t be.
In a few days he’ll be gone, and I’ll be off to my new life.
My new life without him.
I just pray I’ll be ready. 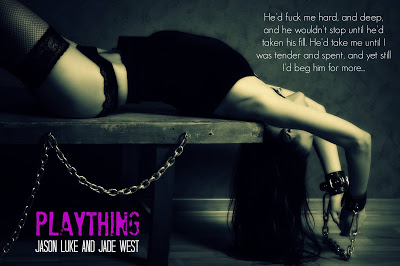 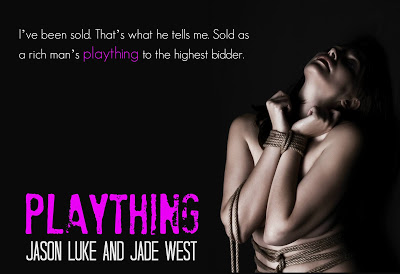 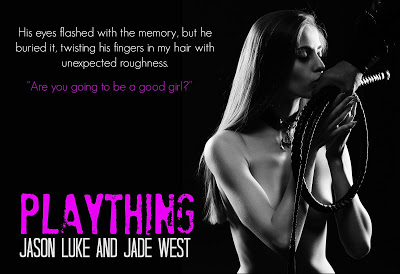 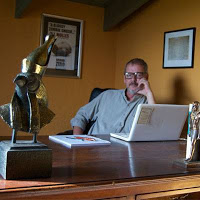 Jason Luke is an Australian man who lives on the far South Coast of New South Wales with his long time girlfriend.
Author of the Amazon Erotica smash hit Interview with a Master, and its follow up In Love with a Master.

You can now find Jason Luke now on Facebook visit here
Also there is a Jason Luke Fan page on Facebook which is run by a team of dedicated fans. The page is not connected to Jason. It has currently around 10,000 likes. visit here 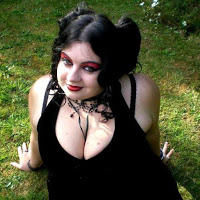 Plaything part 2. Time for another round of dirty, rough and submissive lessons for Amy. Jason Luke and Jade West put once again this story to another level. We follow Amy and Robert into their sensual and kinky training. Be the perfect submissive in a few days.
Book 1 ended with a cliffhanger and this part is time for some dirty secrets to come.Some part of Amy’s past are revealed, her dirtiest fantasies and how she tried to survive to this messed up situation fascinated me. Amy was baring her soul to Robert, who was captivated by her wild and sensitive side. She was a complex puzzle.
Robert seemed cold and distant, but as their training going, Amy was breaking all his walls. He became attached to her. This wasn’t the plan. His will to train Amy as the perfect submissive, teaching her to be smart and to please her future master was interesting approach. He has some secrets on his own and I have to say I wasn’t expected this (especially in the end).
Enthralling and erotic, their sexual encounters were intense and fully charged emotionally. Amy was willing to surrender to Robert was a first. She was fighting so hard but he was showing her a way to escape.

Intimacy took another level and lines were blurred. They wanted the same thing; Amy for being the submissive and Robert by helping her to be free from his family. As you might guess, they became more invested in each other than they should.
And the end … Another cliffhanger!!Bam! And I need to wait one month to read the last installment. I read it with my mouth hang open, shocked, and trying each time to process my thoughts.

The fact that it was a very fast reading increased the intensity of their story. Twisted and addictive at the same time but there was so many questions unsolved. I wanted so much more!