Antonio and Theresa live or die together in this epic, full-length conclusion to the Songs of Corruption series! 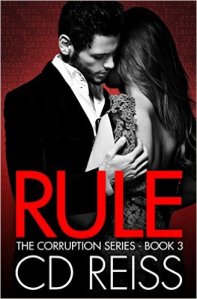 Book Three in The Corruption Series. You must read SPIN and RUIN before reading RULE!

They’ve been through hell. Antonio has a price on his head for turning his back on a marriage deal, and Theresa has no intention of turning her back on him. They’re devoted and strong, ready for anything….

A Love Tested To The Limit

And then, someone from Antonio’s past reappears. Someone who can give him everything he ever wanted, and who can shake them to their very core.

In this stunning conclusion to the USA Today Bestselling series, Antonio and Theresa will have their passion, their devotion and their very will to live tested. 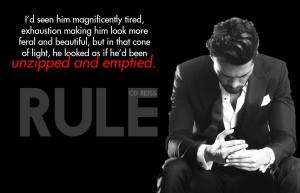 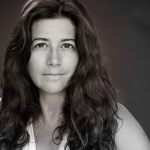 CD Reiss is a USA Today and Amazon bestseller. She still has to chop wood and carry water, which was buried in the fine print. Her lawyer is working it out with God but in the meantime, if you call and she doesn’t pick up, she’s at the well, hauling buckets.
Born in New York City, she moved to Hollywood, California to get her master’s degree in screenwriting from USC. In case you want to know, that went nowhere, but it did embed TV story structure in her head well enough for her to take a big risk on a TV series structured erotic series called Songs of Submission. It’s about a kinky billionaire hung up on his ex-wife, an ingenue singer with a wisecracking mouth; art, music and sin in the city of Los Angeles.
Critics have dubbed the books “poetic,” “literary,” and “hauntingly atmospheric,” which is flattering enough for her to put it in a bio, but embarrassing enough for her not to tell her husband, or he might think she’s some sort of braggart who’s too good to give the toilets a once-over every couple of weeks or chop a cord of wood.

If you meet her in person, you should call her Christine.