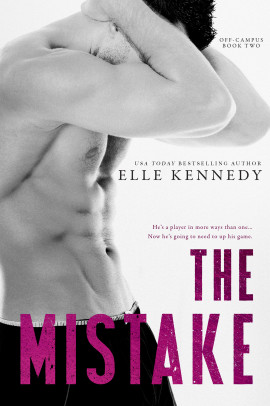 He’s a player in more ways than one…

College junior John Logan can get any girl he wants. For this hockey star, life is a parade of parties and hook-ups, but behind his killer grins and easygoing charm, he hides growing despair about the dead-end road he’ll be forced to walk after graduation. A sexy encounter with freshman Grace Ivers is just the distraction he needs, but when a thoughtless mistake pushes her away, Logan plans to spend his final year proving to her that he’s worth a second chance.

Now he’s going to need to up his game…

After a less than stellar freshman year, Grace is back at Briar University, older, wiser, and so over the arrogant hockey player she nearly handed her V-card to. She’s not a charity case, and she’s not the quiet butterfly she was when they first hooked up. If Logan expects her to roll over and beg like all his other puck bunnies, he can think again. He wants her back? He’ll have to work for it. This time around, she’ll be the one in the driver’s seat…and she plans on driving him wild.

After Graham’s story, here’s his best friend, John Logan! I really enjoyed this one too. It was entertaining, with some funny and hilarious vibes! This one could be read as a standalone, but I think you should read The Deal first to understand Logan’s history. 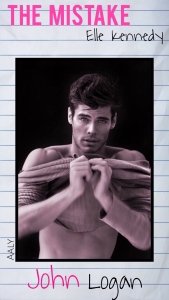 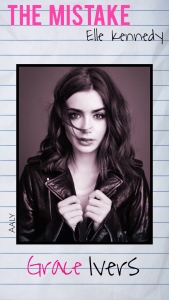 Logan is Graham’s best friend, very hilarious guy, flirty and very care-free; at first sight. This guy was definitely more that he seemed to be, hidding behind his handsome figures. This story followed the events from book one and he was trying to move on from his crush on Graham’s girlfriend Hannah.
Logan had a complete unbalanced relationship with his family that he kept secret, and defeatist about his future.
In his ways on getting out from this situation, he met Grace, a girl totally unexpected!

Grace was a freshman and from the first time, she was getting Logan’s attention. This girl was very sweet, kind of secretive, and didn’t need someone’s attention. She loved action movies, was completely unaffected by him (at first), totally honest and not giving a shit about his behavior!
So when she met him, she wanted just one thing and nothing more. One night at her dorm, Logan came to her room “by mistake”. From this moment, he was chasing her literaly.
She had some intimate issues and let’s just say that their first encounter was more than friendly, leaving Logan questioning his sex skills!

When he sensed that It was the first time that a girl faked her pleasure, he was intrigued. Never a girl was complaining about his skills on bed, never!
In his hilarious ways, he was trying to get her at any ways, but Grace wasn’t falling into his game. It was so challenging and refreshing. For the first time, he wasn’t thinking about Hannah and she was the perfect “distraction”. 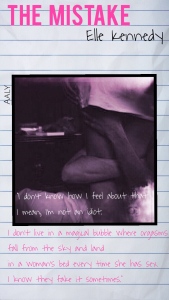 Besides that part, Grace had having trust issues, and didn’t let people in. Her best friend was kinda harsh with her and jealous, envious that she was noticed by one of the sexiest jock in the campus. When she talked about her night with Logan, no one was believing her and even her best friend didn’t have her back. But she’s a tough girl but seeing how people reacted about that was very childish, and being with him making her a target!

So she decided to keep him at distance; the more she was trying to stay away from him, the more Logan was insistent, willing to show her that he could pleased any girl. She hurt his ego, and his chase was pretty fun to read. He had to work for it, and his ideas were totally crazy. It was very fun to read.

Logan had the habit to screw things up and with Grace falling for this guy, deeper than he seemed to be, she had to put some distance.
He was sometimes to blind to admit things but his behavior was totally taking me by surprise! He wasn’t acting like a dumbass, and for this first time he was very mature.

I loved how Logan had to work hard for making Grace his. Their banter were sparkling and the two of them are definitely so great together.
Grace was his match, and when Logan came to his senses (It was about damn time), the story was having an other turn, making it more interesting. I liked how he had to work to get Grace, and he had for his money!!! High five girl!

As you might guess, I loved this series, this one, even with this funny and hilarious parts was kind of slow first and very quickly gained my interest! I was scared about the story, how Logan was going to move on upon his crush on Hannah, and it was really good, the author succeeded to make it work. I wanted more about Grace and Logan’s story, the end was kind of too short, a little bit precipitous!
I really recommend this series! Can’t wait for the third book, about the manwhore in chief, Dean, because I think this one is gonna be epic!