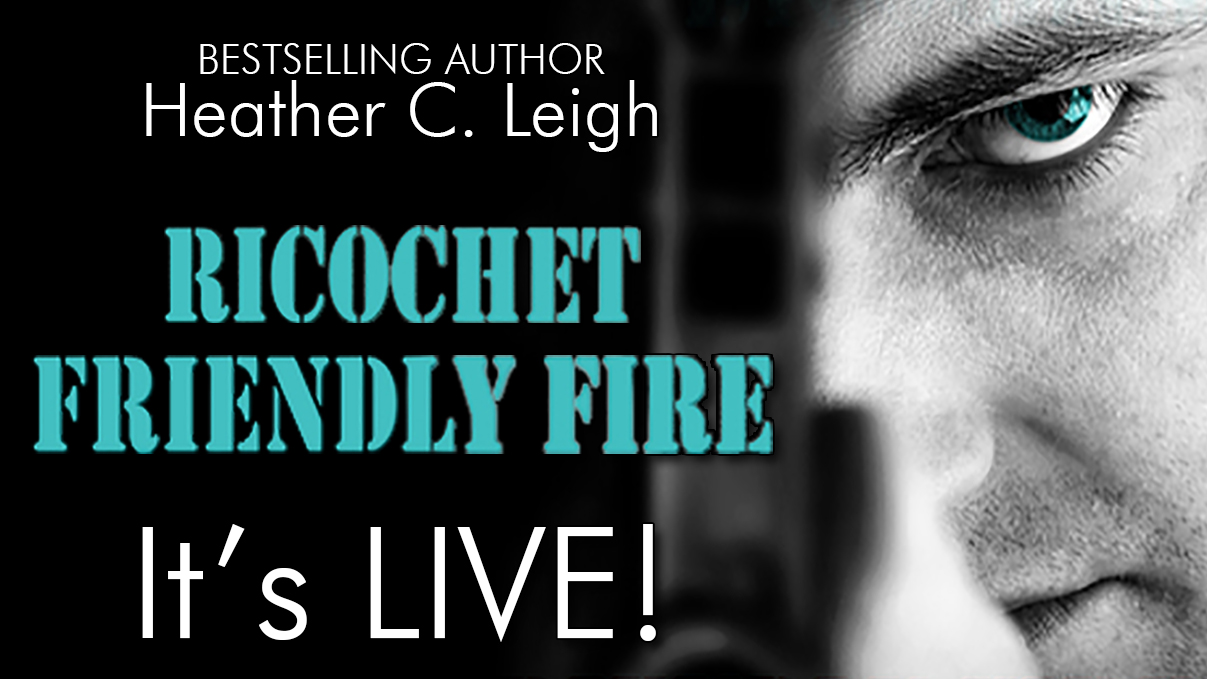 See what happens next in the Ricochet Series! 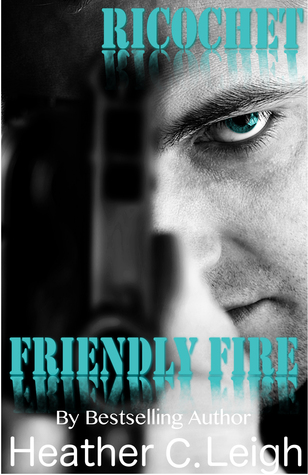 When twenty-three year old Quinn Wallace finally escapes her abusive husband, she turns to her father’s old Marine Corps buddy, Mack, for help. Broken and skittish, Quinn finds herself surrounded by large, intimidating men— men who could easily overpower her. She avoids them the best she can, but when Rick turns out to be more than just a rough fighter with bruised knuckles, she finds herself wondering if she can allow herself to trust again. 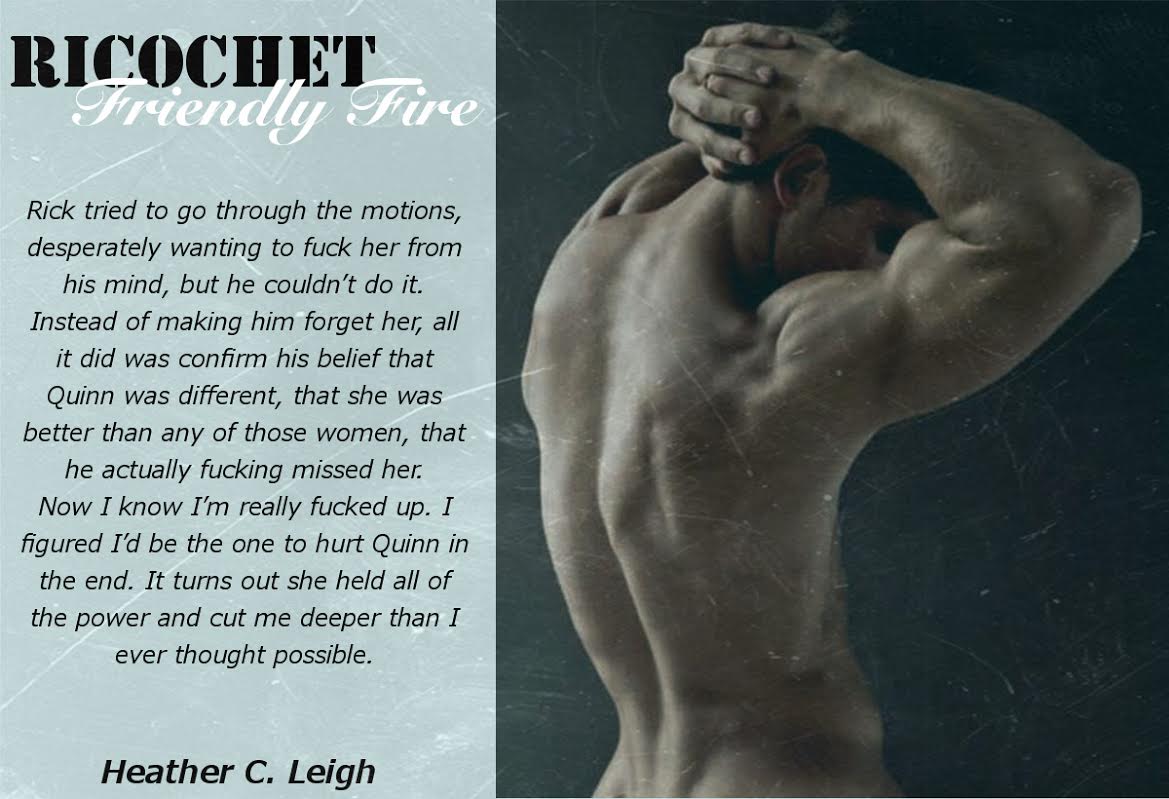 “Law breaker? Hardly,” she scoffed. “I just don’t want to go through the trouble to get a license and then have to change my…” The conversation came to an abrupt halt. Quinn looked up at Rick slack-mouthed, with discernible fear in her wide eyes.

She waved a shaky hand in the air dismissively. “Nothing. I don’t know what I was saying.”

Rick knew she was lying. He didn’t even need the extensive interrogation training he received in the Marines to see the blatant lie.

What in the hell is she hiding from me?

He was getting damn sick of the evasiveness and the games that Quinn played. Unfortunately, this wasn’t the time or the place to get into an argument with her and he promised that he wouldn’t push her to discuss things. Rick silently seethed, clenching his hands under the table.

The rest of the meal was finished quickly. Neither of them touched on subjects other than safe, impersonal ones, sports, traffic, and the weather.

Fuck! I’m sitting here discussing the mother fucking weather while the girl I love slips through my fingers.

Love? A bolt of fear shot through Rick’s heart, jump starting it until it was pumping erratically against his chest.

Rick mulled it over as they drove back to Quinn’s apartment, turning it over in his mind a hundred different ways with no clear answer. He walked her up the stairs, waiting for her to unlock the door. As he stood there watching her, the sun glinting off of the golden highlights in her dark hair, it finally hit him, sucking the air from his lungs.

Without a doubt, I fucking love her.

Quinn opened the door, turning to say good-bye. This time, Rick wasn’t going to let her push him away. There would be no more keeping him at arm’s length. He loved her, and he wasn’t going to give up. Pride be damned, he’d fucking grovel on his knees if that’s what it took.

Rick inhaled a deep breath and moved into the apartment, forcing Quinn to step back so he could fit through the doorway.

Done with the bullshit dance they’d been doing, he silenced Quinn by crushing his mouth over hers, spinning them until her back hit the partially open door, slamming it closed. Rick pressed his weight against her, pinning her soft body against the thick slab of wood as he dominated her, thrusting his denim-covered cock against her abdomen. He could sense the exact moment Quinn stopped fighting, giving herself over to the pleasure. Her tense muscles relaxed and her mouth joined in, yet she allowed Rick to control the kiss.

Lips and teeth mashed together brutally, Rick’s tongue plunging into the depths of her mouth. This wasn’t a gentle kiss meant to be romantic. No, it was a rough display of possessiveness, of pent up desire. It was all of Rick’s love and anguish coming out in one overwhelming display of need and power.

He slid his arms around Quinn’s waist, gripping her round backside and pressing his fingers deep into the soft flesh. He tugged her hips forward, grinding their groins together almost painfully. Quinn moaned into Rick’s mouth, her desperate sounds acting like gasoline on the fire roaring through his body. 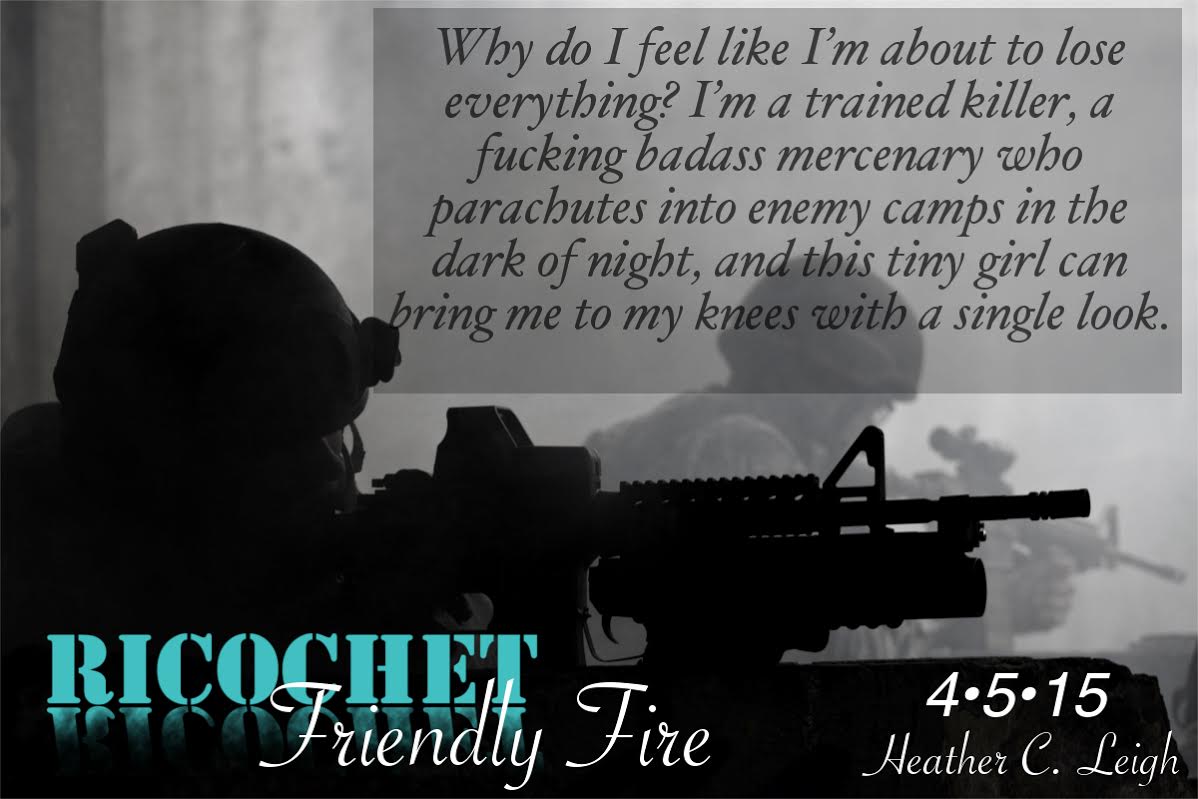 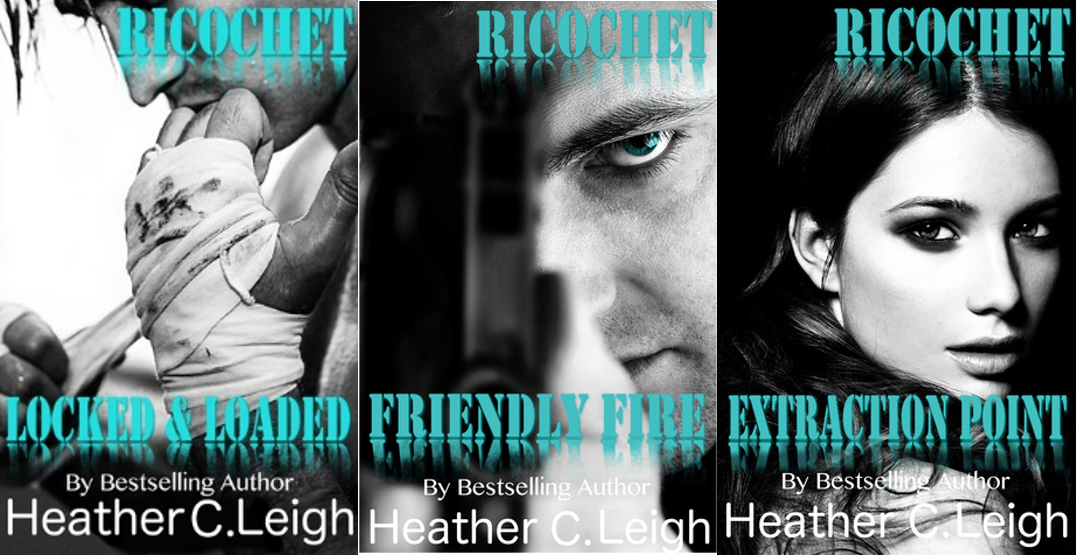 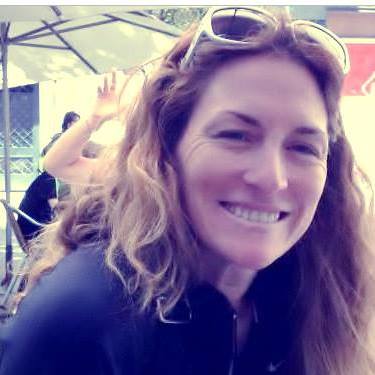 Part 2 of the Ricochet series.

After the first one and the little cliffhanger from part one, it was time to Quinn to face her problems and move on. Her decisions affected both her work and especially Rick.

The tough fighter/mercenary fell for her but Quinn issues and his work put them apart.
Angst and secrets are big part of that story. I was frustrating so many times because Quinn and Rick are so stubborn and proud that revealing their feelings was showing their weakness.

Seeing a guy like him, falling for a women who is definitely wrecked by her past, and totally helpless about that (his family wasn’t the best example when it come to relationships and love), was interesting to see that Rick got a taste of his own medicine, with women. And this time it hit him hard.

Always the heat, sexual tension, love but they were too overwhelmed and confused by their own feelings and secrets to step forward.
Even if the beginning was kind of slow (about the action part), the feelings part took all the place, until the end.
All of those things mixed up, and BAM, CLIFFHANGER AGAIN!!!